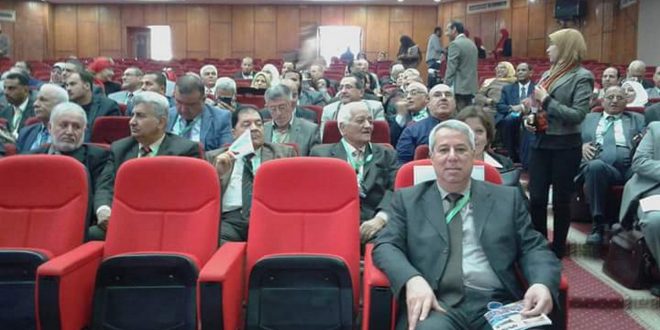 Dr. Aqeel Yousef Al-Shukri, Dean of the Faculty of Agriculture, participated in the 8th International Conference on Sustainable Development at Fayoum University in Egypt. The seminar was held under the patronage of Dr. Khaled Ismael Hamza, President of Fayoum University. Al-Shukri said that the conference was attended by researchers and scientists from around the world. A number of Arab universities participated in the conference, The study also included 118 research papers that were distributed to 23 scientific sessions with the participation of 54 universities and research centers dealing with various agricultural fields (economics and agricultural extension, land and water, plant production from field crops and horticulture) He also discussed The conference tackled a number of problems that hindered the development of the various Arab countries, and dealt with various agricultural researches and delivered a number of lectures aimed at achieving the principles of science and knowledge. The conference included researchers from some Arab and European countries, both as participants in research and as attendees. Al-Shukri also discussed the effect of the addition of betaine, vitamin C and saline mixed with drinking water in the histological changes of liver and kidney of meat breeds exposed to heat exhaustion. Al-Shukri confirmed that the conference included several working sessions chaired by one of them as well as some workshops in agricultural specialties The different, which received wide attention on recent trends in the field of agriculture. 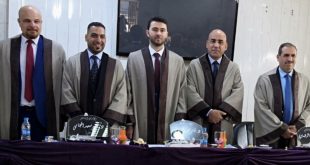 The student Ali Muhammed Jumaah from the Department of Horticulture and Gardening Engineering-Faculty of Agriculture, University …