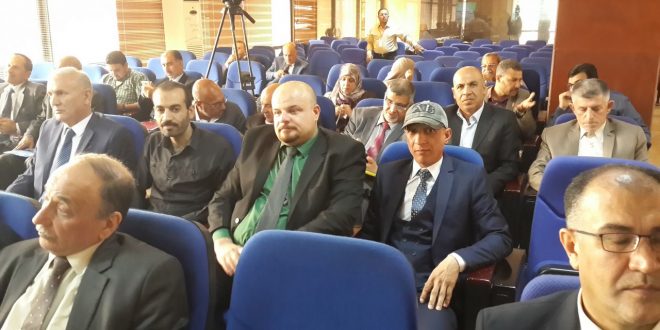 The Agricultural Committee participated in the Faculty of Agriculture headed by the Dean of the College, Dr. Aqeel Yousef Al-Shukri, which consists of Dr. Ghaleb Bahyou and Dr. Mushtaq Taleb Al-Zarafi in the workshop held at the Ministry of Higher Education and Scientific Research. The research and development department was sponsored by the Minister of Higher Education. The project was launched by the project director Dr. Afaq Ibrahim Gomaa as a national project for the production and planting of various trees , And after discussion and discussion among specialists on the most important obstacles that hinder the sustainability of the project and its success in order to achieve the goals, and Dean of the Faculty of Agriculture, Dr. Aqeel Yousef Shukri that a number of obstacles were introduced for the project.
1- Lack of material support to the project.
2- The absence of a formal cover for the disbursement of funds by the college accounts for the sustainability of the project.
3- Lack of labor due to lack of financial allocations for the project.
At the conclusion of the workshop, the following recommendations were made:
1- Dr. Afaq Ibrahim Gomaa was appointed project director in all universities in Iraq.
2- The Minister of Higher Education and Scientific Research, Dr. Abdul Razzaq Abdul Jalil Al-Issa, approved the allocation of two million Iraqi Dinars to each college that adopted the project.
3- The possibility of the drawer of these varieties of tree seeds within the projects of graduate students. 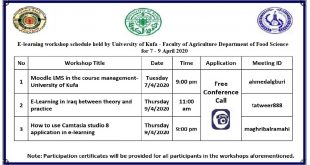